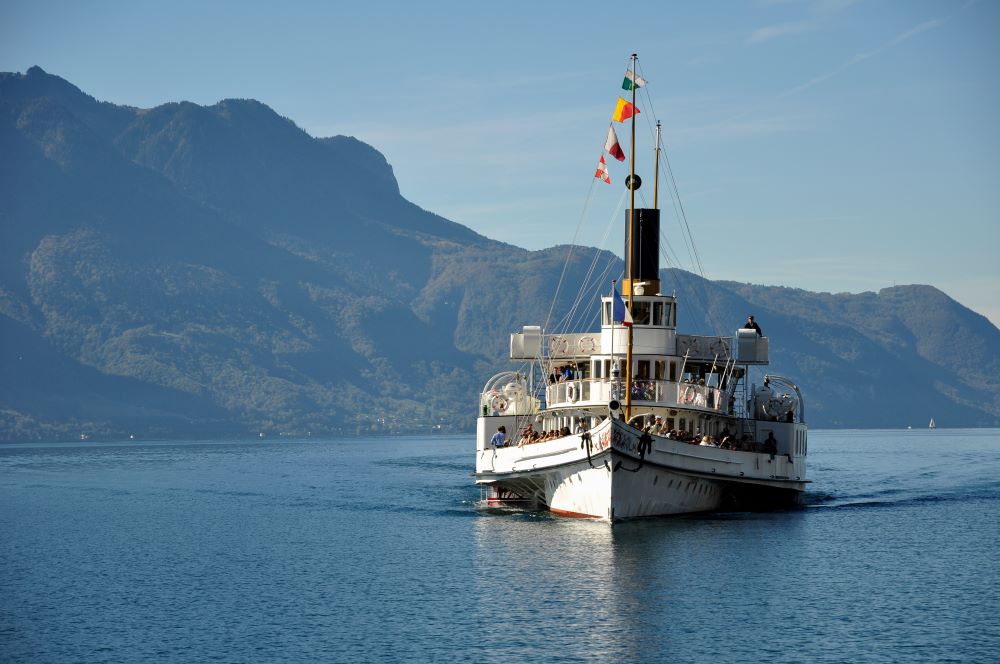 How Does a Boat Float?

The question of how a boat floats is one most of us have asked ourselves at some point, particularly when seeing massive cargo ships gliding serenely across the water. The answer is actually quite simple, and follows basic physical and structural principles.

In this article, the National Boating Safety School explains the principles that govern a boat’s buoyancy and how they apply to your vessel.

Buoyancy: a definition of the physical force

Every object and being on earth is governed by natural physical principles. When it comes to boats, two forces act together to create buoyancy and balance.

Buoyancy is a phenomenon created by water displacement that exerts upward force on the object displacing the water. When the force is equal to or greater than the weight of the object, it will float and be able to move across the water.

What is the density of a boat?

In addition to buoyancy, the density of your boat also plays an important role in its ability to float. Density is the mass of the boat compared to its volume.

Density determines whether the boat sinks or floats. In order for it to float, the average density of the boat’s total volume, including passengers, cargo and empty space, must be less than the density of water, which is 1 kg/L.

Applying the theory: how does a boat float?

Now that we’ve covered the theory, let’s see how these forces apply to your boat in practice.

The structure of the boat

While the boat is at anchor and under construction, marine engineers will calculate its projected density and buoyancy. They will then compare those figures to the amount of water that will be displaced. Based on the results of their calculations, they can adjust the structure of the different parts of the boat to make sure the craft will float.

For example, in order to ensure that large cruise ships and commercial vessels can remain afloat, the engineers will calculate the physical aspects and design the hull shape accordingly.

It’s important to distribute the mass evenly below the waterline so that the boat will remain balanced on the water. Note that it’s also possible to reinforce the buoyancy of the structure with air volume. 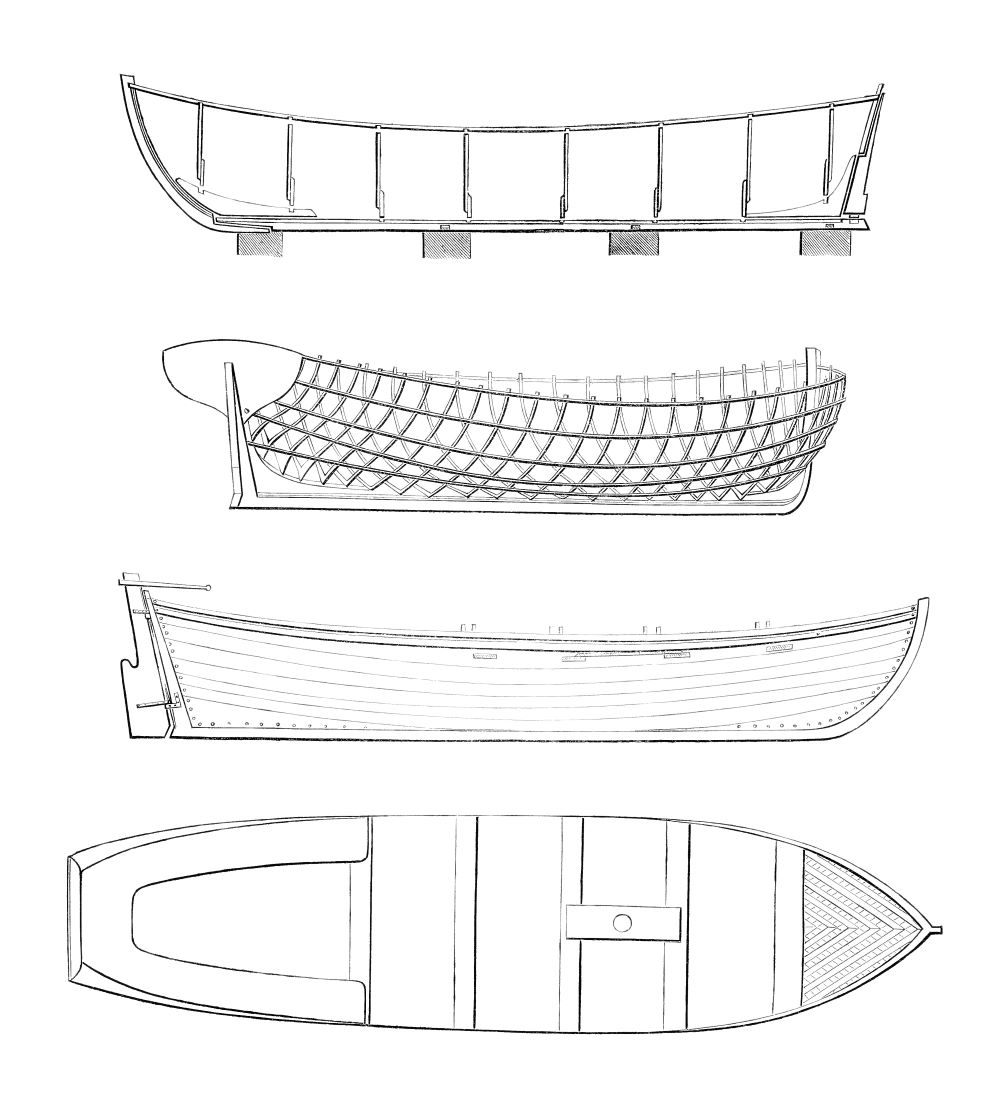 The density of air in a boat

The amount and distribution of empty space, or air, in a boat must also be taken into account when determining density and buoyancy.

Air has a lower density than the materials used in the boat’s construction. Air in an enclosed space can give the structure more buoyancy. That’s why it’s so important to include air in the calculations.

Note that a discrepancy in weight distribution can change everything.

The weight of other boating elements

A boat is much more than just an empty hull full of air. To calculate the total density and buoyancy of a boat, it’s essential to take all of the elements of the boat into account, including anchors, propellers, the engine, passengers, cargo, etc. The engineers will only be able to determine the optimal weight distribution once all of these factors have been accounted for.

How does a boat sink?

The most famous example of a vessel sinking is the Titanic. The century-old catastrophe is a prime example of the importance of buoyancy and the dangers of weight and mass distribution not being respected.

As soon as mass is displaced or the density is changed (particularly the volume of enclosed air), the boat will no longer be able to float. It will not be able to maintain its equilibrium or waterline because its density will become greater than that of the water, and the vessel will sink. 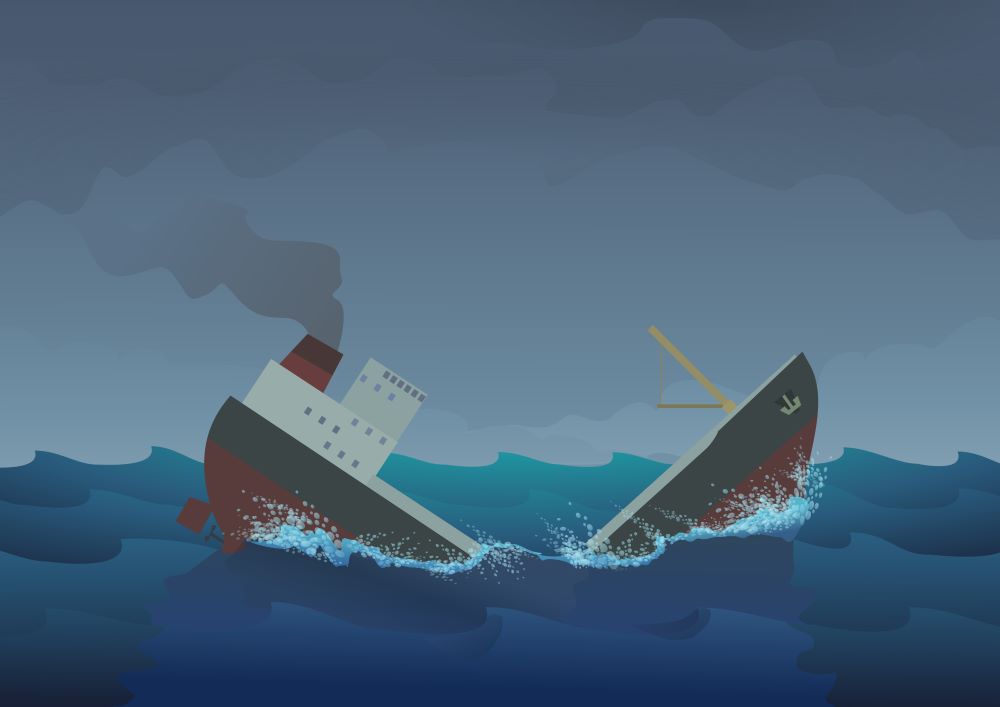 Learn more about buoyancy from the National Boating Safety School

The principle of buoyancy ensures that a boat will float and stay balanced on the water. With this in mind, you’ll be better equipped make an informed choice when buying a boat.

The National Boating Safety School offers online courses to teach aspiring boaters everything they need to know to prepare for the boating exam and stay safe on the water. Register today to obtain your Canadian boat license!

Get your card today